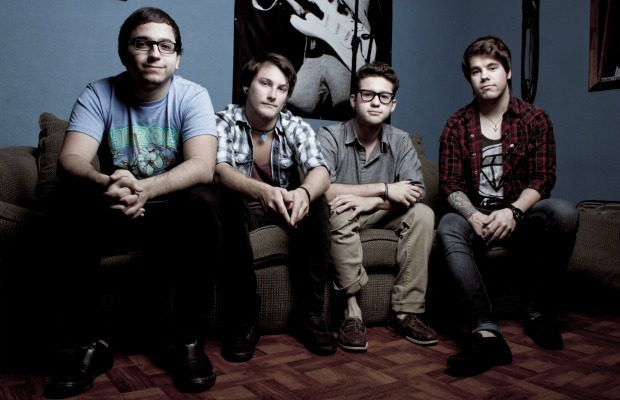 Broadway has exclusively revealed to AltPress.com that the release of their new album Gentlemen's Brawl has been moved from May 22 to June 19. Check out their statement below; we've also re-embedded our premiere of “Vagrant Stories” below for those who haven't heard it.

As previously stated in the headline, we have had to move the release back of Gentlemen's Brawl from May 22nd to June 19th. Now before everyone gets all upset, we are going to be completely transparent because thats exactly what you deserve for all your incredible patience.

Originally, Gentlemen's Brawl was slated as a digital only release for May 22nd since that when we had announced the date we hadn't sent the record around to anyone, had no tour plans and was just super anxious to get the music out to all of you.  We couldn't go with a full release because stores will not buy units from distributors for a band that quite frankly, hasn't toured nor has had any music released in such a long period of time.

After sending the record around we were getting amazing feedback, tours started lining up and everything was falling into place. A week or so ago we were offered to put the record out physically to coincide with the digital release, the only catch was that we had to push the date back a few weeks.  The process in which it takes to get an album in stores is around 90 days from inception to shelves, that process is being cut in half by all the hard work being put forth by our distributor, management and label.

This was a great opportunity that we could not pass up as it will allow us to tour longer, support ourselves longer and get in front as many people as possible in support of Gentlemen's Brawl.

With that being said we know you have all been waiting what seems like a decade for this record and we appreciate all your love, support and above all patience when it comes to releasing Gentlemen's Brawl.

We were originally only going to release Vagrant Stories before the record came out but since we are delaying it a few weeks, we will premiere two new songs off the record prior to it being released.

We can't thank you enough for your understanding and can't wait to share this with you!