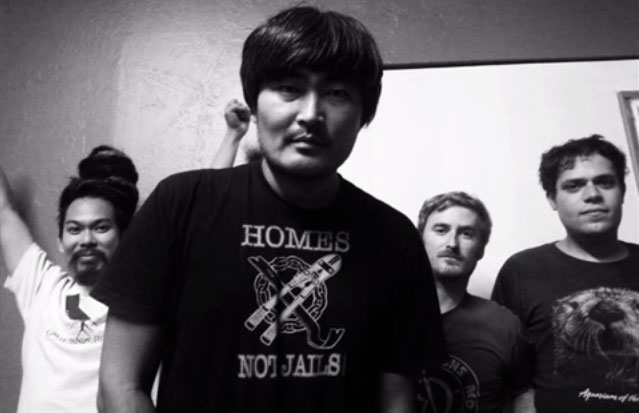 AltPress can exclusively announce that the Bruce Lee Band will be releasing a new EP titled Community Support Group on Jan. 28, 2014 via Really Records. A vinyl pre-order is available here. Bruce Lee Band is fronted by Mike Park, owner of Asian Man Records and former frontman of Skankin' Pickle and the Chinkees; on this release, he is backed by guitarist Mike Huguenor (Shinobu/Hard Girls/Classics Of Love), bassist/vocalist Jeff Rosenstock (Bomb The Music Industry!/Arrogant Sons Of Bitches) and drummer Kevin Higuchi (The Chinkees).

“The Community Support Group EP contains five tracks of unapologetic ska/punk,” says Rosenstock. “You know why? 'Cause despite all the flak it constantly gets, we all still love it. Look forward to a full-length this summer as well!”

The tracklisting and cover art can be found below, as well as a new song:

This is the first Bruce Lee Band release in nine years, and Park is the only constant member of the group; their last release, 2005's Beautiful World EP, featured Park backed by Rx Bandits, and their only other release, 1996's self-titled full-length, consists of Park backed by Less Than Jake.