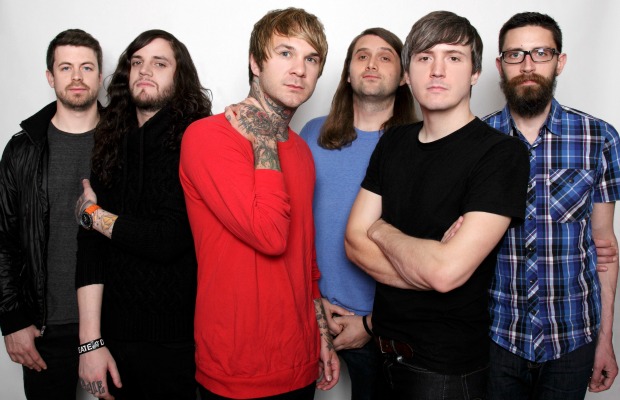 Razor & Tie have partnered with AltPress to announce that CHIODOS have signed to the label and are well into the writing process of their upcoming album, which is set for release through the band's brand new Razor & Tie imprint.

Vocalist Craig Owens comments, “We're very excited to be working with Razor & Tie. The label is one that we as a band have looked to as a source of integrity filled rock music for some time now. Having our own imprint gives us the opportunity to be as creative as we choose, while also giving us a way to get it to the fans in a direct and focused way. This will be the first time we have released music together, since 2008. To say that we are anxious isan understatement.”

Keyboardist Bradley Bell also comments, “There needs to be more labels like Razor & Tie out there. I feel like they actually understand the bands motives and will do what it takes to help us present our vision. It's going to be a fun adventure that we are about to embark on with them.”

In a letter to their fans posted last week, the band–original members Craig Owens, Bell, Derrick Frost, Matt Goddard and Pat McManaman along with ex-The Fall Of Troy/Just Like Vinyl guitarist Thomas Erak–announced that they were working on new material and wished to progress, not only as a touring band but as a creative one, a direction that was still unclear when we spoke to them for AP #290 last year.