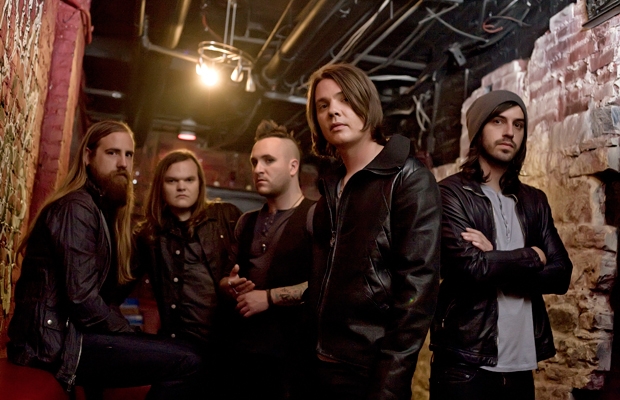 Guitarists Duke Kitchens and Matt Carter have left Red Jumpsuit Apparatus, according to a statement from frontman Ronnie Winter. In this AP-exclusive statement, Winter says the pair departed “to focus on their personal lives, including [spending] some much-needed time with their friends and family.” RJA will continue touring in advance of their new album, Am I The Enemy, with the addition of a new guitarist.

Winter’s full statement—which has more details on the changes—is below.

Hey guys, it's Ronnie here with some new RJA news. Duke and Matt decided to leave the band to focus on their personal lives, including [spending] some much-needed time with their friends and family.  The rest of the band and I fully appreciate all of their hard work and commitment to the RJA over the years and have many great memories with both of them.  We wish them the best of luck in their future and remain grateful for all of the contributions each have made to our band.  Please give them privacy and allow them to enjoy their time at home, which is so precious to all touring musicians.

In other news we have gone back on the road in support of our new single, “Reap,” and our upcoming full-length album, Am I The Enemy, which is out August 30. As most of you know, “Reap” is already digitally available and two other songs from our upcoming album, “Salvation” and “Fall From Grace,” are up on our YouTube channel, so check out the new jams.

For our upcoming tour, we teamed up with Josh Burke, a seventeen-year-old guitar phenom, who was originally a fan of the RJA. I met him about a year ago in Syracuse, New York. He was the first kid in line and was there when we pulled up. We struck up a conversation after soundcheck in the parking lot, and he told me he knew all of our songs and that he wanted to be in a band like ours one day. I told him to keep writing and practicing and that with hard work and dedication he would make it. Fast forward to Summerfest last week: I called Josh three days before the show and asked him if he still knew how to play all of our songs, to which he replied, “Hell yeah I do.” So he is joining our tour on lead guitar over the next couple of months, because we thought the idea of using one of you guys (the fans) was pretty awesome and a way to give back for everything you guys have given us. So please welcome Josh and give him some love because, after all, “Love is all you need!”  See you guys on the road and as always, take care of yourselves and God bless.