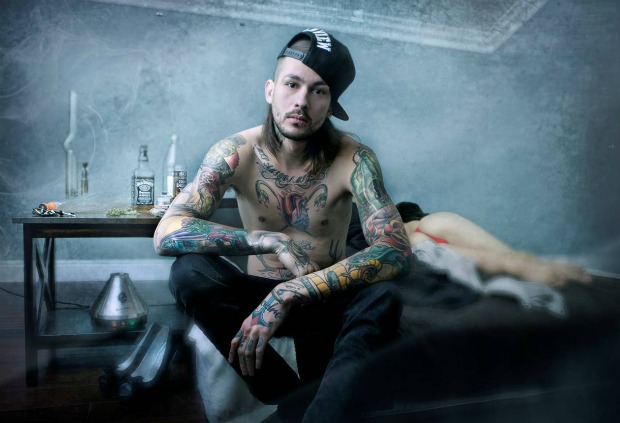 MikeyWhiskeyHands, the hip-hop alter ego of Pierce The Veil drummer Mike Fuentes, has signed to Velocity and will release his debut LP with the label later this year. The first single, “Get Your Mind Right,” was produced by PTV bassist Jaime Preciado and will drop later this month. Here's what Fuentes had to say about the project, via press release:

“As Fuentes recalls, 'WhiskeyHands started out as a joke. I was on tour with Pierce The Veil, and Jaime (Preciado, PTV bass player) was making beats on his lap top. I remember playing a show in Vegas and I randomly laid down a verse to one of his beats and right away we knew we had to show people what we could do with this. I've been into rap/hip hop before I even started listening to/playing rock so it’s more of something I can have fun with and contribute to the many parties/clubs/gang bangs around the world', he says half-jokingly.”

Fuentes will continue work on the project once PTV complete recording their new album, which is also expected out later this year. You can check out an exclusive video announcement from Fuentes below, as well as a 30-second clip from “Get Your Mind Right.”