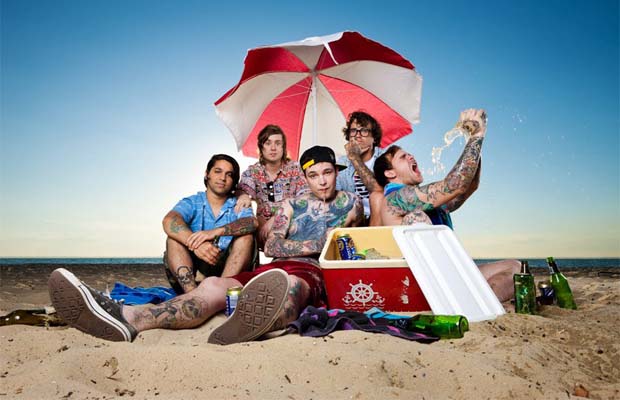 Altpress.com can exclusively reveal that Australia's the Amity Affliction will release their new album Chasing Ghosts on Sept. 18 via Roadrunner. The band is working with producer Michael “Elvis” Baskette (Blessthefall, Incubus) on the album. Frontman Joel Birch commented on the process, via press release:

“Recording with Elvis has been the most amazing experience for Amity since we began making records eight years ago. It's incredible. We came into this record more prepared than we ever have before as well, so everything is coming together really, really well.

We're all loving the new songs. It feels like there is an entire album of awesome songs that we love which hasn't happened prior to this; we've finally written an album we are proud of from start to finish, no filler whatsoever. I've tried to write my thoughts in a manner that can connect with people on an even more personal level than I did on Youngbloods, and I'm proud that the substance and depth hasn't been lost or compromised, or watered down.”

Check out the cover art below.