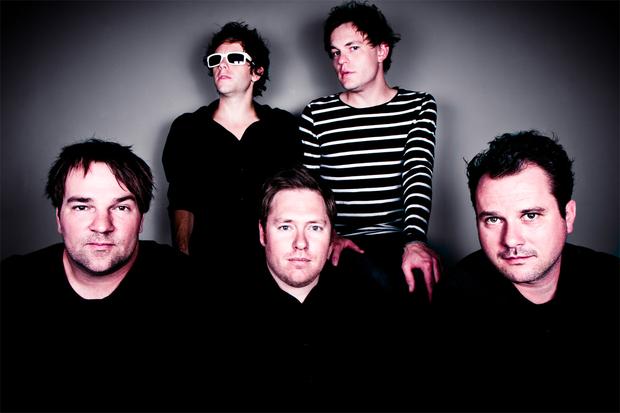 Yesterday, news began spreading that the Get Up Kids were entering another hiatus or possibly even breaking up due to a Facebook post from the band that indicidated they would be “splitting off to do some different projects” after their current European tour ends. Alternative Press has received word directly from the band's camp that this is absolutely not the case. The band write:

“The Get Up Kids are not breaking up after this European tour, as has been erroneously announced in some areas of the press.  What was said was that this could be the last set of tour dates for a spell, especially in Europe, as members are splitting off to work on some other projects for a while. That is—Matt Pryor has a new solo album, May Day (which was funded with the help of a Kickstarter campaign) that is due in January. Rob Pope is likely working on a new Spoon album (Britt Daniel has spent the year writing new songs for the next release). James Dewees continues to play in My Chemical Romance. Ryan Pope is spending some time in Europe. Jim Suptic is being a dad for the second time.  It is not even a 'hiatus' which always seems to mean something much more final. At this point, there are no Get Up Kids dates booked beyond the current set of shows in Europe, but that doesn't mean we won't be looking to do more live touring in the future. We've had a great time making these new songs, and playing them live, and have enjoyed being a band together again, so the Get Up Kids will be continuing on in 2012 and beyond. We started working on this current album, There Are Rules, over two years ago, and have toured the world supporting the release, for what will be the better part of 10 months (and in fact had played a lot in 2010 prior to the album release, too)—we have been working hard on being the Get Up Kids again. So taking some time to work on some other projects seems well deserved.”