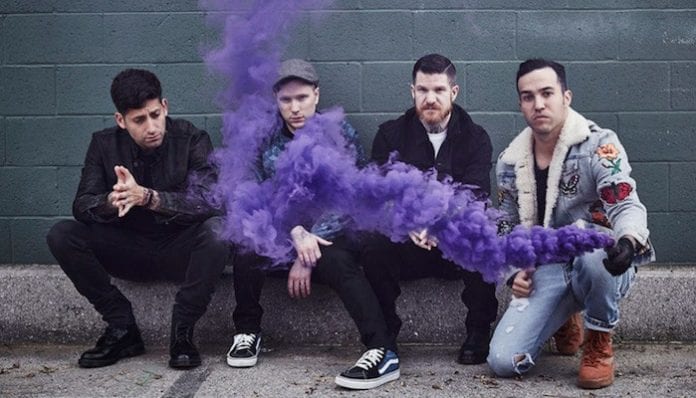 Fall Out Boy are teasing the song of the summer with a track by Martin Garrix featuring Patrick Stump and Macklemore.

The song “Summer Days” is out this Thursday at 8 a.m. EST.

The band tweeted in support of the track, alerting us of our “new summer jam.”

Fans freaked out over the new music and couldn’t be more excited for Thursday. You can see what they said on Twitter below.

HOLD ON I FORGOT HOW TO BREATHE

MY BIRTHDAY IS ON THURSDAY OH MY GOD

TWO OF MY FAVE BOYS? ON 1 SONG? YOUVE BLESSED ME

The news of the track comes after Fall Out Boy dropped a cryptic summertime teaser that has sent fans into a joyous panic.

Many fans concluded it was the collab with Macklemore and Garrix, and they were correct.

In other Fall Out Boy-related news, the band recently collaborated with ILoveMakonnen to bring Lil Peep‘s song “I’ve Been Waiting” to life.

One of Lil Peep’s final collaborations before passing away in November 2017, the track is the latest content to come out of Peep’s camp following his “16 Lines” video. You can watch that below.

Also, Stump recently revealed he discovered he could sing by accident, which is pretty hilarious.

How excited are you for the new collab track between Stump, Macklemore and Martin Garrix? Sound off in the comments below!