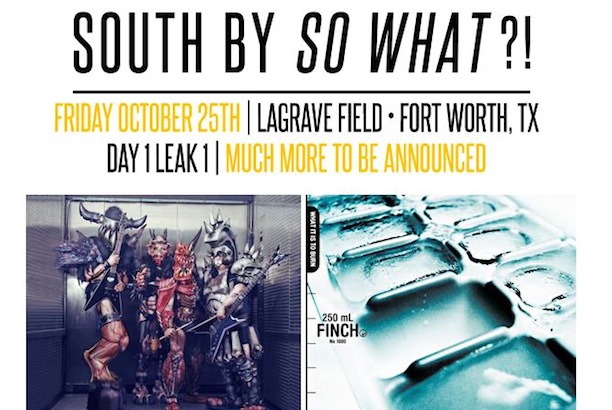 South By So What?!, the popular Dallas, Texas area music festival held annually each spring, featuring artists in transit to Austin's South By Southwest, will host its first ever fall edition, set to take place Oct. 25 and 26.

Not only is this the fest's first fall outing, but it also marks the first time South By So What?! has been held over a period of two days. The 2013 spring edition of SBSW, which took place at QuikTrip Park in Grand Prairie, Texas, saw the event's largest turnout yet, and marked its sixth consecutive year.

South By So What?!'s fall edition will be held at LaGrave Field in Fort Worth, Texas. Check out the first round of day one performers below:

Many more artists are expected to be announced, with day two headliners coming Aug. 2. Tickets go on sale Monday, July 15, and start at $69 for the weekend, $35 for Friday, and $45 for Saturday, with a variety of bundles and VIP options also available.

More information can be found on South By So What?!'s site.