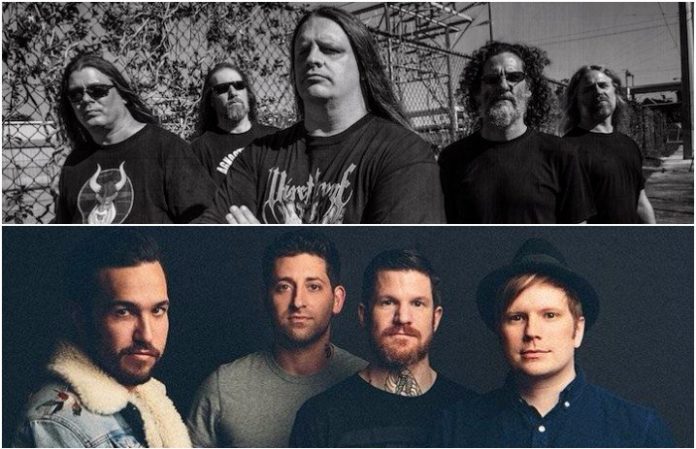 Fall Out Boy drummer Andy Hurley is clearly phenomenal at what he does, drumming for Fall Out Boy, the Damned Things and Sect. (With new albums for all three due out at some point in the near future!) So it only makes sense that he would go all-out in his drum solo, playing a little Cannibal Corpse, of course.

As the video below shows, he’s been rocking Cannibal Corpse’s “Hammer Smashed Face” during his drum solos, and of course, it’s incredible.

Watch the footage below—and get a glimpse about 43 seconds in (and keep watching to see FOB perform “Dance, Dance”):

There’s plenty to look forward to in the Fall Out Boy camp. The band just wrapped up their M A  N   I    A tour, with the record due out Jan. 19.

And we’re stoked to give it a listen. Check out the track listing here, and see their forthcoming tour dates below!