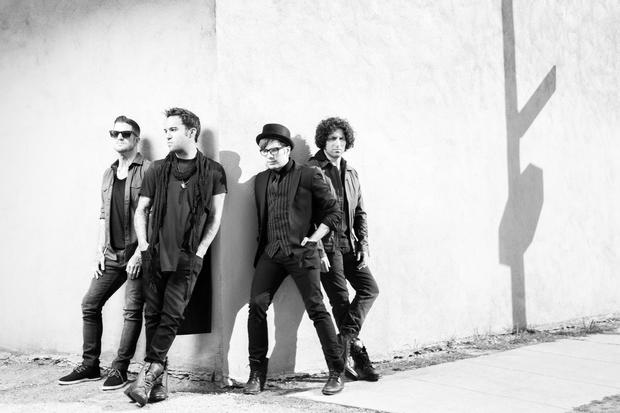 Fall Out Boy have announced a return to Jimmy Kimmel Live! this Monday, Nov. 18.

As you may recall, Kimmel is where they band made their first public appearance earlier this year, shortly after announcing the end of their hiatus. Though rumors of that Kimmel performance had leaked prior to the announcement, the band proceeded to deny all claims ahead of time.

Check out an announcement about Monday's appearance, below:

Jimmy Kimmel Live! airs at 11:35 p.m. EST on ABC, and is just the latest in a string of upcoming television appearances, which also include the TeenNick HALO Awards, Macy's Thanksgiving Day Parade, and Victoria's Secret Fashion Show.

Fall Out Boy will next embark on a radio-sponsored U.S. holiday run, before picking their Save Rock And Roll arena tour back up in 2014, with dates in Mexico, Japan, and Europe. Here's a full list of shows: