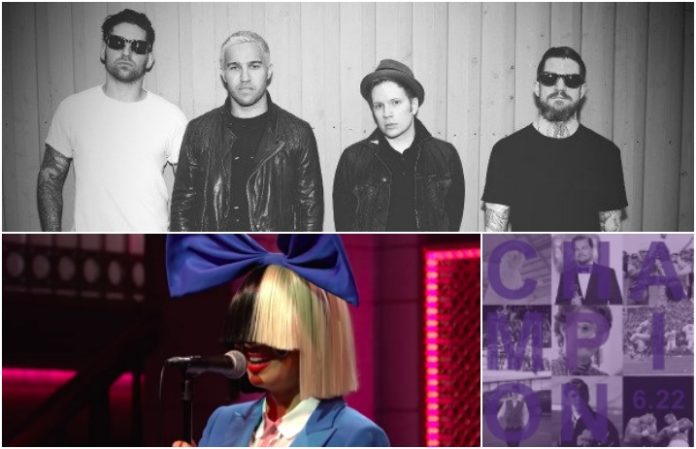 “Champion” is turning out to be a star-studded song across the board, from the music video filmed at The Berrics with special appearances from Post Malone, Russian skater Sewa Kroetkov and some llamas. And it looks like the song writing itself was pretty star-studded, too! In the track details, you can see that iTunes and Genius have credited Sia Furler as a writer and composer, along with the rest of the band.

Read more: Looks like Pete Wentz is going to be starring in a movie

According to Genius, it's the band

Fall Out Boy have announced an intimate hometown release show in celebration of the release of M A  N   I    A at the House Of Blues in Chicago on September 16. See how you can register to get your chance at a ticket here!

The band’s seventh album is due out on Sept. 15. When talking about their new album for issue 347, Patrick Stump says this album is going to be different than anything they’ve done before. Now we're wondering just how many superstars will be featured on the ablum?

What else do you think Fall Out Boy has got hiding up their sleeve? Share your guesses down below!