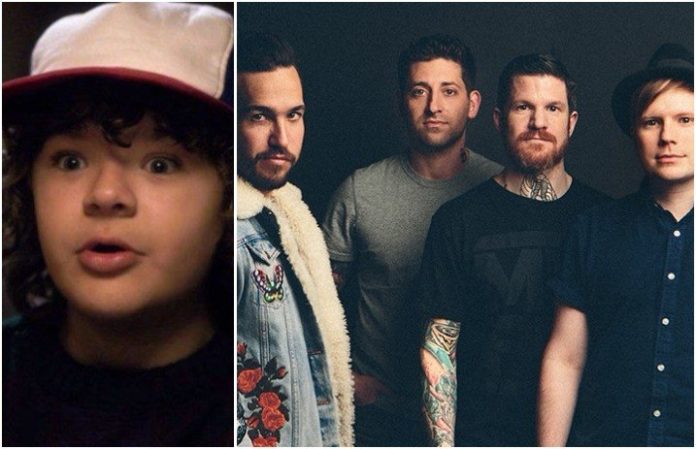 Stranger Things star Gaten Matarazzo is really making moves—after covering a few of our favorites, including Foo Fighters, Paramore and Fall Out Boy, he might just be joining a few of 'em on stage.

Yep, our hearts are so full.

Read more: Looks like this Paramore, Gaten Matarazzo collaboration is going to happen

“It's incredible,” FOB's Patrick Stump said on Work In Progress' epic “Sugar, We're Goin Down” cover. And when the interviewer mentioned that Hayley Williams showed the band some love and said Gaten could join them on stage, Stump said FOB would let him do the same.

hey @GatenM123! @falloutboy loved your cover and want you to join them on tour�� pic.twitter.com/V9O7WVkk7B

Gaten has yet to respond, but if he's anything like us, he's probably freaking out. (As one would.)

And in case you missed it, watch Gaten rock FOB's “Sugar, We’re Goin Down” here:

Would you love a Fall Out Boy + Stranger Things crossover as much as we would? Let us know in the comments below!