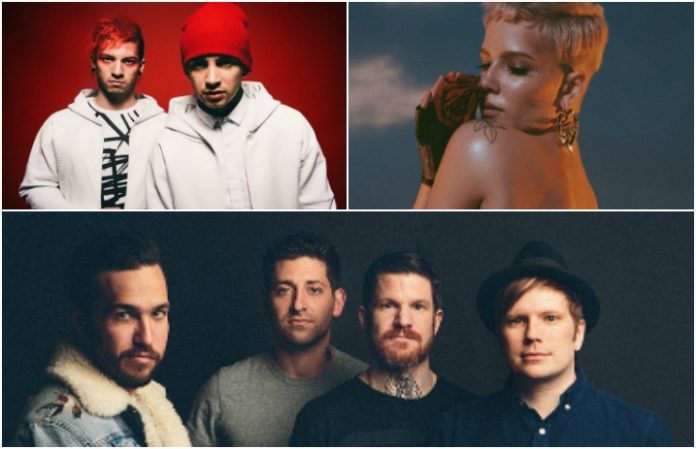 The nominations for the 2017 MTV Video Music Awards have been announced, and there are a few bands from our scene nominated! Check out the noms below!

Read more: Fall Out Boy’s Pete Wentz talks about their new album and Panic! At The Disco collaboration rumors

The VMA for Best Rock Video is obviously the most important in our humble opinion, so check out the nominations, which include Fall Out Boy's “Young And Menace” and Twently One Pilots “Heavydirtysoul.”

Coldplay – “A Head Full Of Dreams”

Fall Out Boy – “Young And Menace”

To see the full list of nominees, go here, and go here to vote for your favorite scene band before the show airs on Sunday, August 27 at 8 p.m. ET/PT.

Who are you rooting for to win the VMA for Best Rock Video? Is there anyone you think should have been nominated that wasn't? Sound off in the comments below!