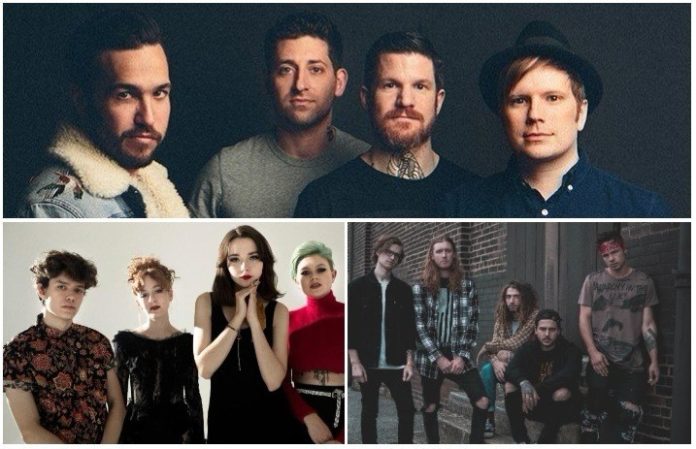 Watch new music videos from Southpaw, La Armada and the Second After—plus, don’t miss the Regrettes on tour. Check out the news you might have missed today below!

1. Fall Out Boy performed “Hold Me Tight Or Don’t” on Colbert.

Fall Out Boy rocked the stage on The Late Show With Stephen Colbert…we’re going to need a minute to recover from all of this FOB mania.

“Red” is taken from the band’s debut EP Barely Alive, out March 2—pick it up here!

3. The Regrettes announced that they'll be going on tour.

The Regrettes have announced a West Coast headlining tour with Mt. Eddy. Tickets are on sale now, and you can get yours here.

The track is taken from the band’s upcoming album Anti-Colonial Vol.1, out March 30 with preorders available here. Also, be sure to catch the band on tour with Propagandhi. Get your tickets here!

5. The Second After released a new song.

“Homewreck Sick” is taken from the band’s upcoming EP, Treadmill At The Finish Line. Be sure to pick up the album when it drops via Revival Recordings March 23 here.

The Michigan-based trio have released a brand new video for their song “Camouflage,” which is taken from the band’s upcoming album, White Lighter Myth. The album is set to be released on Feb. 9, and you can purchase the album here. Also, be sure to check these guys out when they hit the road with Sleeping With Sirens—tickets and tour dates can be found here.

Plus, a special vinyl release of the EP is available here.