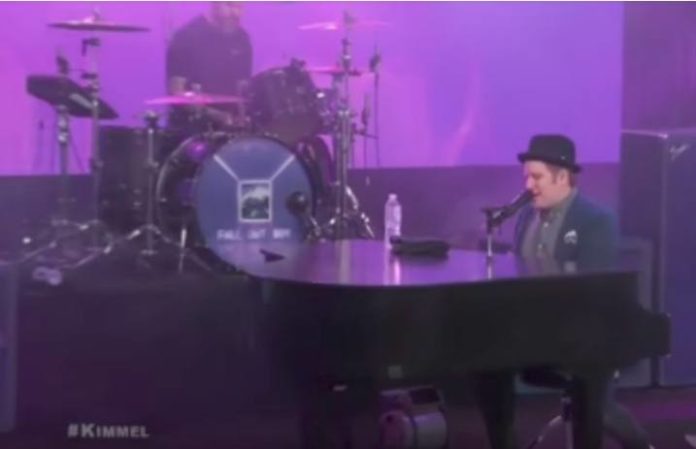 Fall Out Boy are taking everything over from the sports world to late night television, as they performed “The Last of the Real Ones” on Jimmy Kimmel Live!

As we eagerly wait for Fall Out Boy to begin their tour in October, we got a peek at what “The Last of the Real Ones” is going to sound like live as the band performed the single on Jimmy Kimmel Live!

Watch this energetic performance below!

Fall Out Boy has also performed other singles from M A  N   I    A on late night TV, including “Young and Menace” on The Tonight Show Starring Jimmy Fallon. Check that out below!

What did you think of their performance? Let us know in the comments!