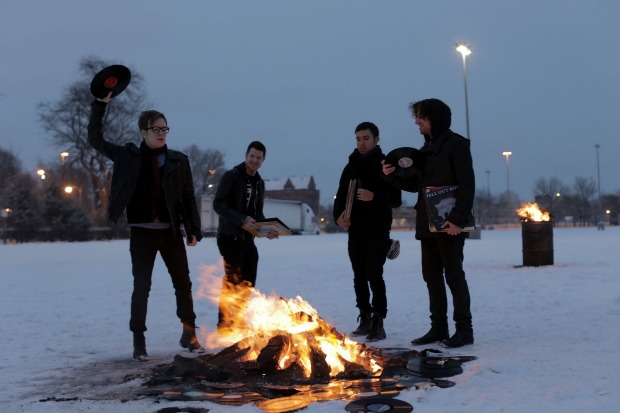 In September Fall Out Boy released a standalone single, titled “Centuries.” Today, the band have debuted a brand new music video for the track, which features them in a medieval setting and contains a brief guest appearance from rapper Rick Ross towards the very end. You can check out the latest clip from the band below. Be sure to let us know what you think!

Most recently, Fall Out Boy released their latest single, “Immortals,” which is part of the soundtrack for Disney’s upcoming film, Big Hero 6. Both “Centuries” and “Immortals” are available for purchase on iTunes. The band were also featured on DJ Steve Aoki’s new song, “Back To Earth.”

A brand new album from the band is coming soon on Island/DCD2 Records.