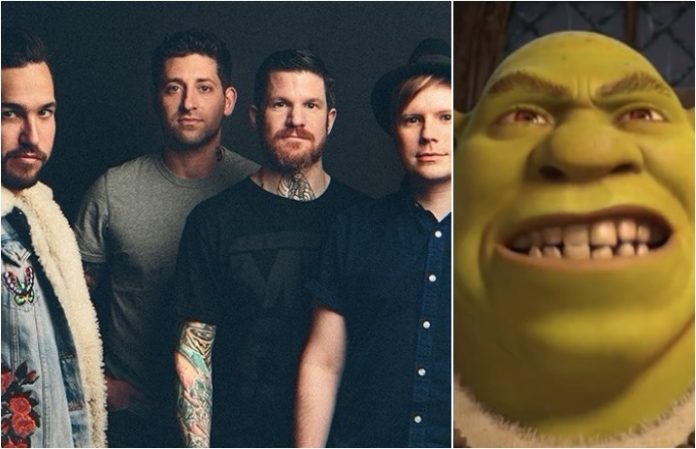 Did you know Fall Out Boy wrote a song for the Shrek soundtrack?

Bassist Pete Wentz told the story on Armchair Expert, Dax Shepard's podcast. Listen to the conversation in full below!

Wentz and Shepard were talking about Fall Out Boy's cover of the Ghostbusters theme song for the reboot, when the host started asking questions about what's it like to write music for movie soundtracks.

That's when Wentz decided to tell the story of the first time the band were approached to do that. The movie? Shrek!

“Then, we went back to the studio and said, 'They asked us for that, but they don't know that's what they want. We should give them what we think they want,'” he continued. “You can imagine how well that went.”

Who else really wants to hear what Fall Out Boy worked on now?

Wentz also talked about growing up in Chicago, feeling like he didn't fit in, how Fall Out Boy are not a party band and much more during the two-hour conversation.

Listen to the podcast in full below:

Fall Out Boy recently released some of their unfinished, previously unshared M A  N   I    A demos.

After earning their fourth No. 1 on the Billboard charts with M A N   I   A, Fall Out Boy also charted No. 1 on Billboard Artist 100 chart.