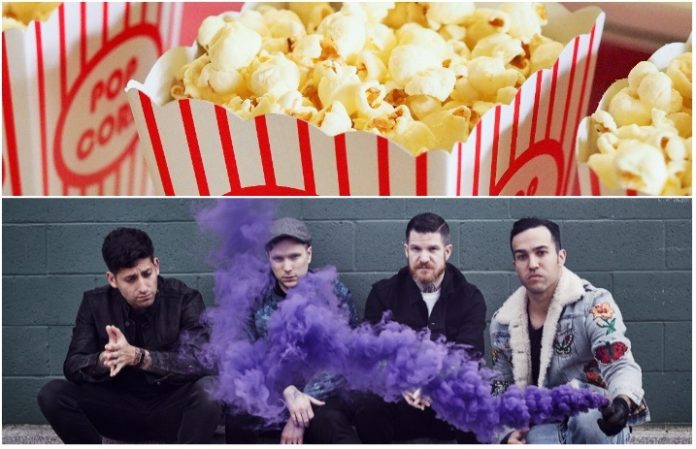 Fall Out Boy songs contain a lot of movie references. Now, in honor of the band's new album M A N I A, one astute YouTuber has tried to catalog every film nod within the band's expansive catalog—watch the video below.

Reaching all the way back to 2003's “Pretty In Punk,” the Fall Out Boy's Evening Out With Your Girlfriend title that's just a letter off from 1986's Pretty In Pink, and continuing right up to recent M A N I A single “Wilson (Expensive Mistakes),” which ostensibly cribs its moniker from cinema's favorite anthropomorphized volley ball, this well-researched clip digs deep into uncovering all the celluloid citations from our motion-picture-loving Fall Out Boys. But does it catch 'em all? Could there be more FOB movie mentions, yet undiscovered?

There very well may be, but that doesn't make this silver screen investigation any less entertaining. After all, as FOB's Pete Wentz said in the days of yore, the band's movie refs are meant to drop some cine-knowledge on their fans.

“On the last record, we name-checked [the movie] Rushmore,” Wentz told MTV in 2005, intimating the Take This To Your Grave cut “Tell That Mick He Just Made My List Of Things To Do Today“. “And there were people who came up to me later and said, 'Oh, yeah, I saw this movie and there was a Fall Out Boy line in it.' And it's like, 'No, you heard this song and there's a Rushmore line in it.' I just think it's cool to make a nod to something I like that might make other people check it out.” (Well said, Pete. Now let's go out to the movies!)

Have you seen all the films? Do you know all the Fall Out Boy flick references? Test your FOB movie knowledge here: