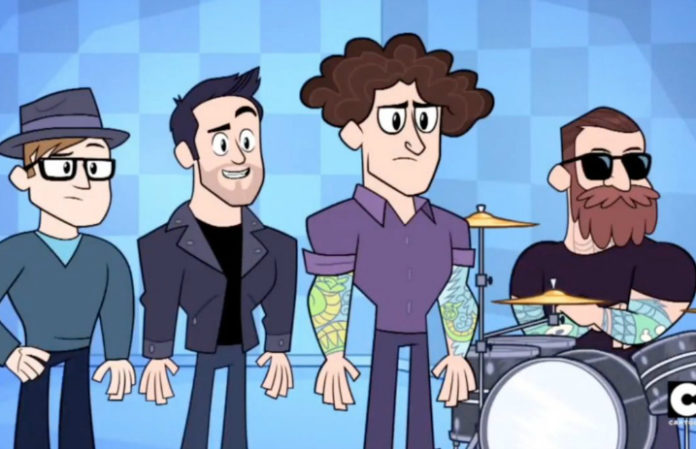 Check out what happened below!

The cameo features the Teen Titans busting through the studio walls where Fall Out Boy were recording telling them about a possible magic song that could turn them into a robot. It turns out Pete Wentz really likes magical songs… much to the annoyance of the rest of the band.

Fall Out Boy have been making more of a presence in movies and television lately. They worked with Missy Elliot to release “Ghostbusters (I'm Not Afraid)” for the 2016 remake of Ghostbusters, along with Stump providing a single for Lego Batman.

“I think I opened the e-mail and started composing instantly. I was ecstatic to have an opportunity not only to score for such a legendary creation (I’m a big fan of Marvel) but also to compose for a full 70 piece orchestra,” said Stump, regarding the project.

Patrick Stump also guest starred on the Disney Channel cartoon, Star Vs The Force Of Evil.

You can currently watch the episode featuring Fall Out Boy on the official Cartoon Network website here.

What'd you think of seeing the boys in Fall Out Boy mixing it up with the Teen Titans?!