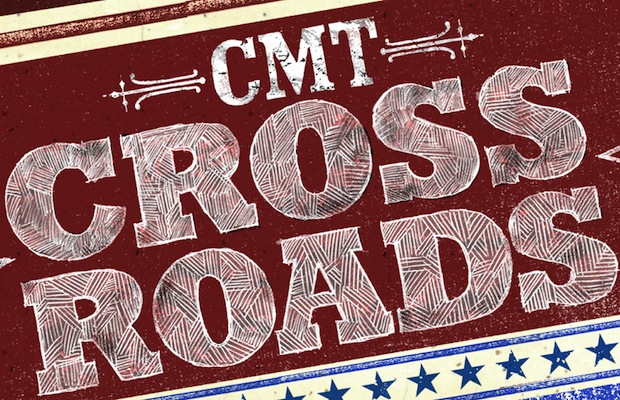 As we announced last week, Fall Out Boy and country trio The Band Perry are set to film an episode of CMT Crossroads together today, Oct. 2, at Rocketown in Nashville, Tenn.

Both groups have now formally confirmed the collaboration, and have revealed the special's air date: Nov. 29. Coincidentally, Fall Out Boy will release the vinyl edition of upcoming Ryan Adams-produced “album,” Pax-Am Days, as well as perform an intimate benefit concert in Chicago, that same day.

Check out Fall Out Boy's message about Crossroads below:

trying something different (again!)… gonna be on @cmt crossroads with @thebandperry on nov. 29th set a reminder! pic.twitter.com/SOTAMXgoEr


Since 2002, CMT Crossroads has showcased pairings of country acts with artists from other genres, facilitating collaboration, storytelling, and often covers of one another's material in an intimate setting. Though rock acts have been featured in the past, Fall Out Boy marks the first group to have originated from the pop punk scene to appear on the show.

According the guitarist Joe Trohman, it appears that Fall Out Boy are, in fact, planning on covering some of The Band Perry's material:


Will you tune into Fall Out Boy's Crossroads episode? Are you excited to hear them take a stab at country music? Let us know in the comments!