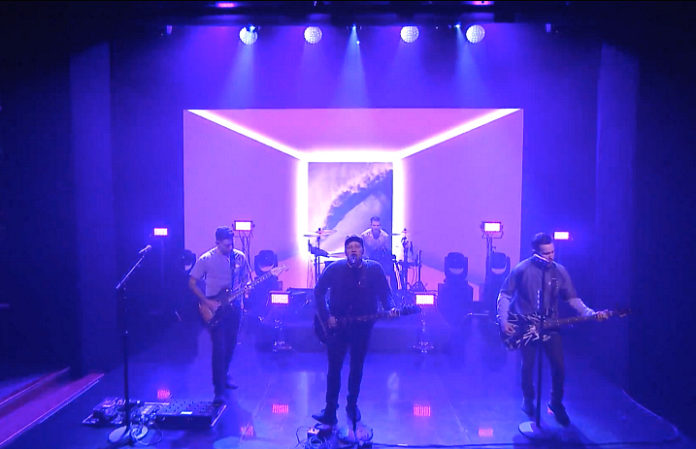 Current AP cover stars Fall Out Boy took to the stage on The Tonight Show Starring Jimmy Fallon to perform their newest hit “Young And Menace,” and it was electric.

Check out the performance in full below!

The band dropped “Young And Menace” last month, their first new music since 2015’s American Beauty/American Psycho. The track comes from their upcoming seventh album, M A  N   I   A, which is set to drop Sept. 15. It’s available for preorder now.

“There’s a lyric in the song, ‘trying to send the world a message, I was young and a menace,’ that reminded me of growing up in the suburbs of Chicago. I didn't look like anyone there or feel like anyone – I felt like an outsider in my own town. It wasn't until I discovered punk rock and that community that I realized I did fit in somewhere in this world – with the other people who didn't fit in,” says Fall Out Boy bassist and lyricist Pete Wentz of the reasoning behind the song’s title.

“It’s hard to rationalize rage – it’s hard to quantify anxiety… this song does neither, it embraces the wave…”

They’ll be headed out on a tour next fall in support of the new record, and a full list of cities and dates, along with ticket links, are available here.

In addition to the excitement surrounding the new record and tour, Fall Out Boy are nominated for Artist Of The Year at this year’s APMAs. Vote here now, and be sure to pick up your tickets for the show here before they're gone!

Check out their performance of “Young And Menace” below:

What are your thoughts on their late night performance? Let us know in the comments below!