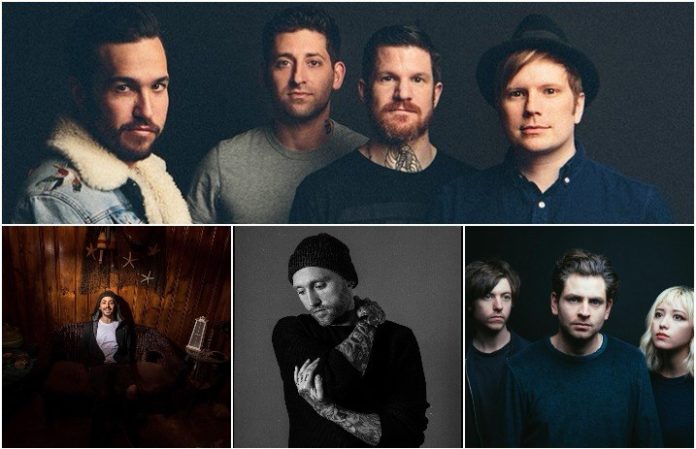 Watch new music videos from Forest Blakk, Lo Moon and Abraskadabra—plus, don’t miss Michael Barr on tour. Check out the news you might have missed today below!

Fall Out Boy have released a behind-the-scenes video for their music video “Wilson (Expensive Mistakes),” The track is taken from the band's latest album, M A N   I   A.

Oso Oso have signed to Triple Crown Records and released a new music video for their song “Reindeer Games.” The track is taken from the band’s album the Yunahon Mixtape, which they self-released on Bandcamp in early 2017 (you can stream it here). The band have plans on re-releasing the album on Triple Crown Records, and you can catch Oso Oso on tour with Tiny Moving Parts. Tickets are available here!

Forest Blakk has released a new video for his spoken word piece “Swipe Right.” The song is a spoken word piece that was written to empower others, spreading the message that you are somebody and that your voice does matter.

Michael Barr (ex-Volumes) announced his first solo tour with Apache Chief! Tickets are on sale now, you can get yours here.

“The Dream” is the latest single from Brazilian ska-punk band Abraskadabra. The band is planning to release their new album, Welcome, Feb. 20.

“Real Love” is taken from the band’s debut self-titled album, which is set to be released February 23 via Columbia Records. You can pre-order your copy of the album here! The band is also hitting the road this March. You can purchase your tickets to one of the shows here!