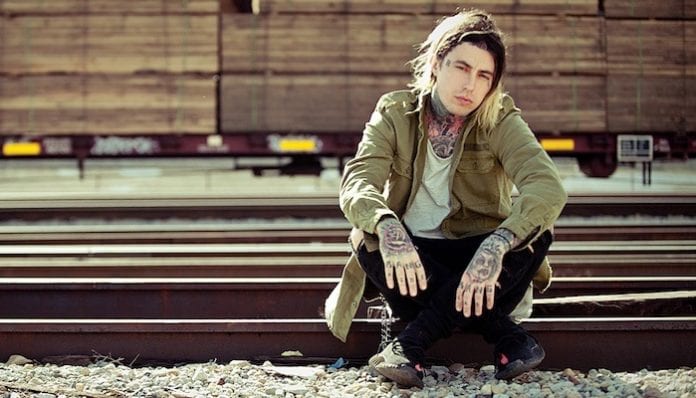 Falling In Reverse announced the Roast Of Ronnie Radke tour for this fall. While they played a handful of dates beginning in October, unfortunately the rest of the dates aren’t happening.

FIR took to their Facebook page Saturday to announce all remaining dates of the tour are canceled.

“Due to a personal family matter that requires attention, we regret to inform you that the remaining dates of The Roast Of Ronnie Radke will unfortunately be canceled. Refunds available at point of purchase.”

Falling In Reverse have since deleted the Facebook post, but you can see a screenshot of it below.


The Roast Of Ronnie Radke tour was announced in September and featured an acoustic performance and audience Q&A. It also included a series of joke-telling, stories and excerpts from Radke’s upcoming book I Can Explain. Willard a.k.a. WORST DUDE hosted and moderated the roast.

The band completed their last show of the tour at the Masquerade in Atlanta, Georgia Friday. You can see a clip of the set below.

While the band deleted their initial Facebook post, it appears the Bandsintown app also notified users of the cancellation.

So it is still going on? Cause got this announcement on Bandsintown pic.twitter.com/CVUWiaQuMP

@FIROfficial @RonnieRadke is the tour still happening? I got a notif from bandsintown that the rest was cancelled due to a family matter and they took the event down. But tickets are still for sale on your wedbsite

Emails were also sent to ticket holders notifying them of the cancellation.

I’m sad that the Roast of Ronnie Radke (@RonnieRadke) tour was cancelled… I know the email said its because of a family emergency, but I really wanted to meet him…

Did you guys buy your tickets from anywhere other than Ticketfly? That’s where I got mine for Worcester & I got 2 emails at the same time – one saying that the tour date was canceled & the other confirming that I was issued a refund

No additional information is available at this time, and you can see a full list of the cancelled dates below.

How well do you remember “Love Like Woe” by the Ready...