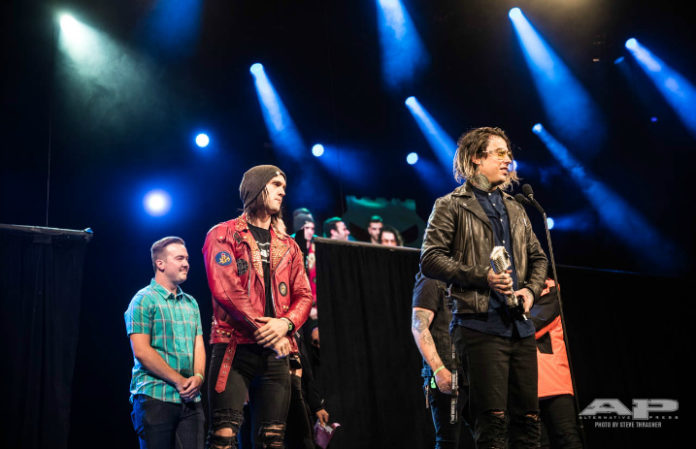 Falling in Reverse have won the award for Best Live Band at the 2017 Journey’s Alternative Press Music Awards, Fueled By Monster!

“Put your middle fingers in the sky!” exclaimed Ronnie Radke as he closed out his speech.

Led by freewheeling frontman Ronnie Radke, Falling In Reverse’s cocktail of pop hooks, ‘80s Sunset Strip metal, hip-hop grooves and punk street-smarts has made for some of the most memorable performances of the last five years. FIR’s APMAs history ranges from performing with Coolio in 2014 to picking up six nominations in the show’s four-year history.

After a fan vote, Falling in Reverse won against fellow nominees Beartooth, Dance Gavin Dance, In This Moment, Issues and NOFX.

Falling in Reverse released their fourth album in April with Coming Home and will be playing a variety of festivals this year, including Warped Tour. Check out their upcoming dates below.