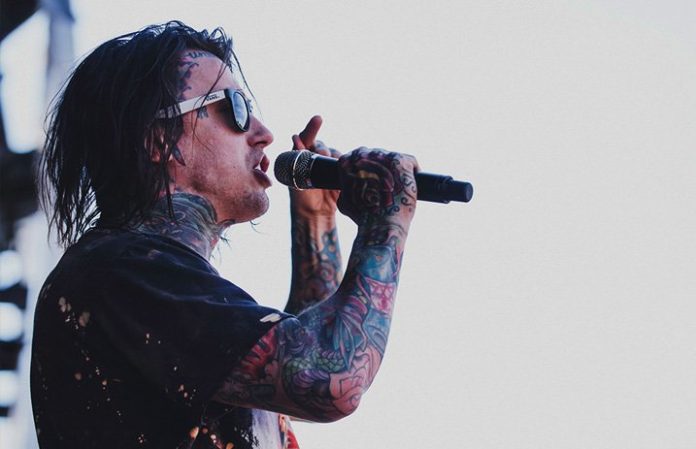 It appears Falling In Reverse and drummer Ryan Seaman have parted ways, but neither party has directly confirmed the split.

On March 29, frontman Ronnie Radke tweeted: “@Ryanseaman is a fucking coward.” The tweet is no longer available.

On April 6, Seaman announced that he will be filling in on drums for Icon For Hire's upcoming tour.

I'm happy to announce I'll be filling in on drums for @iconforhire. Catch me on tour May/June! See you on the road! Dates are on their page.

While none of those dates directly overlap, Falling In Reverse's tour dates are scattered throughout the Icon For Hire tour.

This weekend, Falling In Reverse hosted a meet and greet signing at Hot Topic in Hollywood, Calif. In a photo later posted on the band's Twitter, Seaman is not present.

Thanks to the @HotTopic in Hollywood for having us on Saturday & thanks to everyone who came out to help support the release of Coming Home! pic.twitter.com/U2jPaG7oEn

To promote the band's new album, three Falling In Reverse members (Seaman, Radke and guitarist Christian Thompson) went dark on social media and unfollowed everyone on Twitter. When Radke started following others again, fans pointed out that he and Seaman did follow each other back. They still do not follow each other. Additionally, Seaman has not promoted the band's new album, Coming Home, which released last week via Epitaph Records.

Read more: Falling In Reverse are up to something – UPDATED

Fans originally thought something was up when Falling In Reverse left Pierce The Veil's Rest In Space tour three dates early. Rumors suspected that Seaman and Radke had a falling out, which caused the band to exit the tour.

Due to unforeseen circumstances, we unfortunately will not be at the final 3 dates of Rest In Space Tour. PTV & CTE will still be performing

Seaman joined Falling In Reverse in 2011 after he left the Bigger Lights.

Falling In Reverse were just added to select dates of Warped Tour.

AP has reached out to both parties inquiring about the rumors.