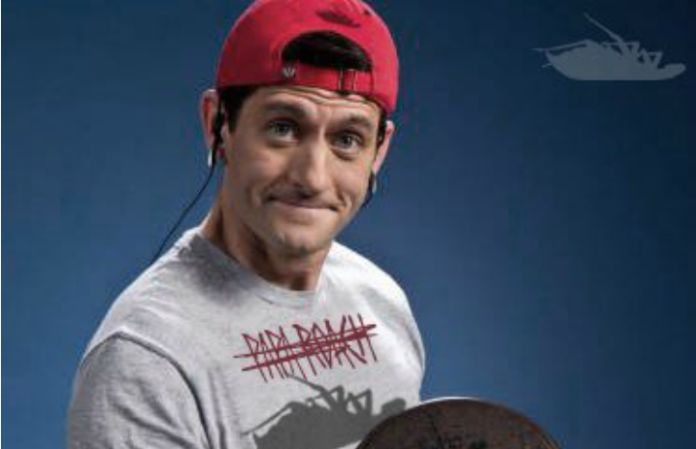 Yesterday was not the greatest day for Speaker of the House Paul Ryan. His “master plan” that was the American Health Care Act, aka Republicare, had to pull his bill from legislation after it was becoming more and more evident that it was not going to get the votes it needed to pass.

But the real story behind his terrible day is that for a moment in time, everyone thought Paul Ryan drove home pouting to the sounds of Papa Roach's “Last Resort.”

“We’re going to be living with Obamacare for the foreseeable future,” said Ryan in a press conference explaining just went wrong with the Republicare bill and why he had to pull it from legislation. However, a viral tweet that went out after the press conference had everyone thinking Ryan was listening to Papa Roach.

ooof the kicker on this New York Times story… pic.twitter.com/YO6Wq3k5vK

That picture was retweeted over 16,000 times leading people to think that it was actually true and that the New York Times really reported on Speaker Ryan listening to Papa Roach as he drove away. Unfortunately that didn't happen, but that didn't stop Papa Roach from responding.

When we feel defeated we listen to Paul Ryan. ��

Papa Roach was even trending on Twitter, which marks the perfect day for people to see what the band is up to considering that day they officially announced their long-awaited ninth album, Crooked Teeth, and began to sell preorders for that album. They also took that time to remind everyone what “Last Resort” was really about and who to contact if anyone needed any help.

…but seriously Last Resort was written about suicide, if anyone is feeling defeated get help at @800273TALK

Unfortunately, Paul Ryan never responded to the Papa Roach-related rumors, but that doesn't stop us from thinking of “Last Resort” every time we see Rep. Ryan now.