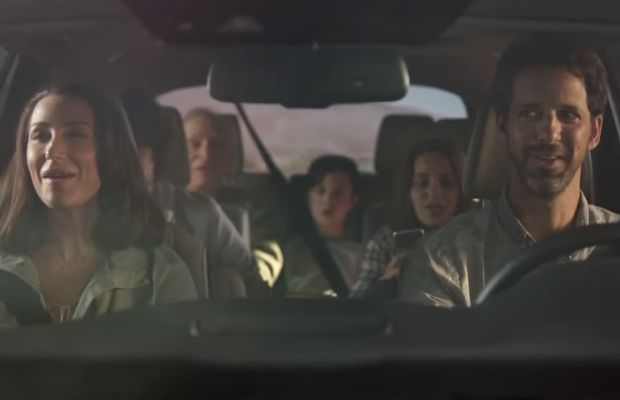 In an attempt likely to appeal to Generation Y, Honda are using a TV spot that features a large family who appear to be bored on a road trip of some sort in a Pilot Elite. When a young boy in the back seat starts playing the melody to “Buddy Holly”—a Weezer classic from 1994's Blue Album—on his tablet, via some piano app no doubt, the entire family starts chiming in with lyrics from the song before they take the chorus in unison. Even grandpa gets involved.

Directed by Jason Reitman (Juno, Up In The Air), the premise of the commericial makes sense, but regardless, it's an odd choice that feels somewhat awkward and forced, if not kind of cute at the least. Hell, it got me to put on some old Weezer though, so thank you for that, Honda.

Check out the commercial below and let us know your thoughts.