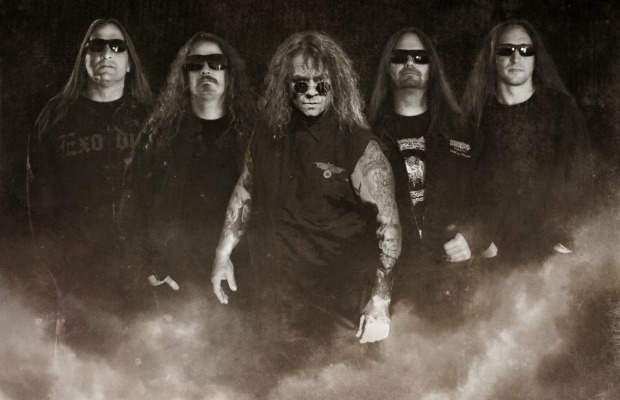 Last week, we heard about James Evans, a music fan in Kentucky who was arrested after he posted lyrics from the Exodus song “Class Dismissed” to his Facebook page. Evans was arrested for ‘terroristic threatening” and released from jail eight days later. “It's surreal,” Evans told Billboard in a new interview. “I didn't think anything would come of it.”

Evans, 31, described his arrest to Billboard:

“They informed her that I may or not be charged,” he says. “They said they were going to talk to me at work, but they never showed up. I didn’t think it was that big of a deal.” At 8 a.m. on Tuesday, officers showed up at his workplace and issued Evans a warrant for his arrest. According to 14News, the warrant says Evans was arrested because, “he threatened to kill students and or staff at school.”

They never even cuffed me, just put me in the back of the car,” he says. “They knew I wasn’t dangerous. They were kind of shocked, too, because they thought it had been resolved. They just had to serve it because it was in their jurisdiction.”

Evans thought he would be released following his court day but found out he was being charged with a Class C felony and could face five to 10 years in prison. “I couldn't believe it got that out of hand,” he said. “At the same time it's worrisome because I have a family to take care of. I have a three-month-old son.”

At his second court date, he was told his case will be deferred six months. He will also have to undergo a mental evaluation. If he complies, the charges will be dropped from his record.

Billboard reached out to a lawyer, David Greene, who argues that the arrest wasn’t necessary:

“Generally, statements are protected by the First Amendment. There’s an exception for true threats, which are threats of violence directed against a person that puts that person in a state of fear. There’s absolutely no basis for thinking this person was doing anything more than quoting lyrics, or that he intended to put any person in a state of fear or carry out any action of attack.”

You can hear the song that got him arrested below: