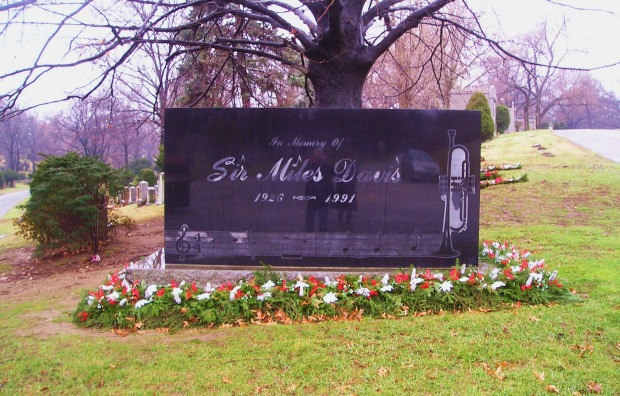 The Woodlawn Cemetery in the Bronx, New York, is dealing with a large number of jazz enthusiasts who want to be buried near such iconic musicians as Miles Davis and Duke Ellington. According to a new report from the Associated Press, the cemetery is currently developing new plots to meet the demand.

“With the history of the Bronx and everybody that is planning ahead, we have a lot of requests to be close to Miles Davis and Celia Cruz,” cemetery executive director David Ison told AP.

Pauline Smith, 74, purchased a plot near the “Jazz Corner” of the cemetery, where many iconic jazz musicians are buried, three years ago. “The music is in the earth and in the air and in the heavens,” she told AP. “I love the idea that I could be continuing my love on the other side.”

The cemetery is said to be building 2,275 new burial plots between the grave of Latin music star Celia Cruz and Jazz Corner. Earlier this year, they opened 70 plots behind Miles Davs’ grave, and almost all have been sold. There’s also a mausoleum with space for 275 sets of remains and a starting price of $6,000 per plot.

Is this something you’d be willing to pay for? Does it really matter once you’re dead? Let us know your thoughts.