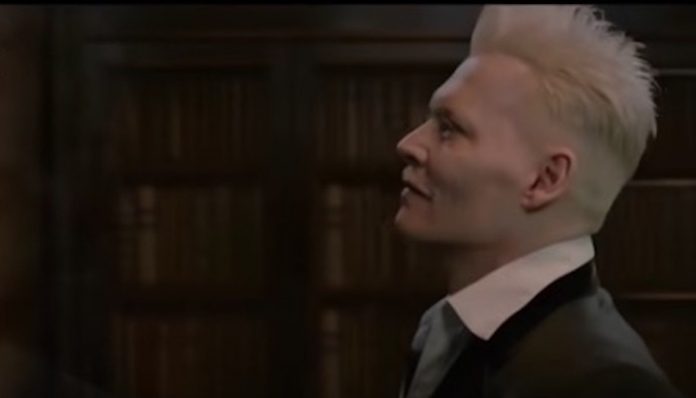 Johnny Depp has previously starred in the Fantastic Beasts franchise as Gellert Grindelwald. However, his role has yet to be confirmed for the third film.

Fantastic Beast 3 just finally got a release date, but Depp has yet to sign on officially for the movie, out in 2021.

According to The Blast, the actor has not been approached by the studio to confirm his part. He does have a contact through the five-film franchise, but each movie is handled as a separate entity through Warner Bros.

This could be arbitrary, but as The Blast states, Depp has legal issues involving his ex-wife Amber Heard. It’s been previously reported that many executives worry about keeping Depp in the film, but many big names support him. One of those people being J.K. Rowling, who has defended the actor on her website.

“Based on our understanding of the circumstances, the filmmakers and I are not only comfortable sticking with our original casting, but genuinely happy to have Johnny playing a major character in the movies,” part of the statement reads.

Fantastic Beasts 3 has previously pushed back production for the film. It was set to start production in July 2019 but it won’t actually start until the fall. That’s because the team behind the franchise needs more time for pre-production. “Actors are being alerted about the push in production in order to change their working schedules,” notes Deadline.

“We are incredibly excited about and have confidence in the ‘Fantastic Beasts’ series,” Toby Emmerich, Warner Bros. Pictures Group chairman said in a statement. “We all believe this release date will give the filmmakers time and space to allow their artistry to truly flourish and deliver the best possible film to our fans.”

Ron Sanders, who is the Warner Bros. president of worldwide theatrical distribution and home entertainment, also said, “J.K. Rowling created an awe-inspiring universe that has captivated people of all ages, taking us on an extraordinary magical journey. Warner Bros. is so proud to be the cinematic home of the Wizarding World and is excited about the future of the ‘Fantastic Beasts’ franchise. We look forward to bringing the third chapter of the five-film series to audiences around the globe in November 2021.”

Fantastic Beasts  is a five-part franchise that’s set in a magical Harry Potter universe. The second film dropped last November, and introduced a set of new characters and stories. Although we got to see the origins of Nagini and a young Albus Dumbledore (played by Jude Law), many doubts about the story remain.

What do you think about Johnny Depp not being confirmed for the film? Sound off in the comments below!