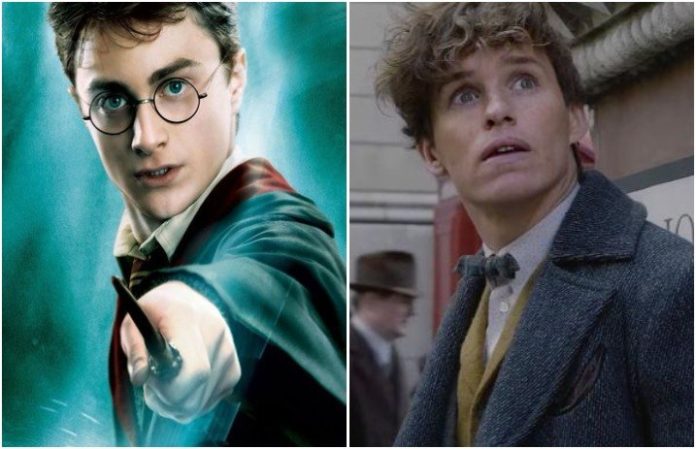 Yesterday, the first trailer for Fantastic Beasts: The Crimes Of Grindelwald was released, and fans have (mostly) been loving what they've seen so far.

However, some fans with a particularly keen eye seem to have spotted a Harry Potter plot hole in the trailer.

Think back to the beginning of the trailer: Fans are given a peek over Hogwarts, and soon after, we see several men apparate onto the grounds.

However, all HP fans should know that you can't apparate on school grounds, according to Hogwarts: A History… *says in Hermione voice*

Fans have been pretty vocal on what *could* be a plot hole:

Wait. Were there people Apparating on the Hogwarts grounds in that trailer? Cause according to “Hogwarts, A History” you can't Apparate or Disapparate on the grounds. #FantasticBeasts

I love being a geek. Watching the #FantasticBeasts trailer and immediately thought 'But you can't apparate into Hogwarts grounds.' Search twitter and EVERYONE is saying the same.

I've very excited but very distracted because YOU CAN'T APPARATE ANYWHERE IN THE HOGWARTS GROUNDS. Have decided that Crimes of Grindelwald must take place before the rules were changed because that would be a ridiculous oversight! #WizardProblems #FantasticBeasts @jk_rowling

Honestly, David Yates, if you would only read Hogwarts: A History, you would know that you can't apparate onto school grounds… pic.twitter.com/xcJ3yHzi78

You know every Potterhead is watching the trailer for Crimes of Grindelwald like “BUT YOU CAN'T APPARATE INTO HOGWARTS!” #FantasticBeasts #WandsReady

So is it a plot hole? Or some kind of exception? We'll just have to wait for the full film to find out…

Fantastic Beasts: The Crimes Of Grindelwald is due out Nov. 16.

In the meantime, watch the trailer below.