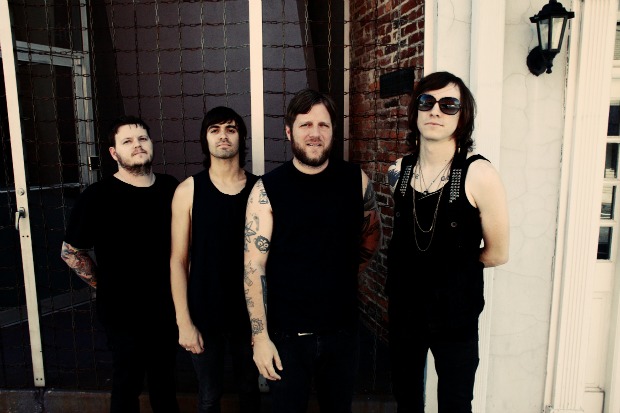 Against Me! frontwoman Laura Jane Grace has announced that Fat Mike (NOFX) and Atom Willard (Angels & Airwaves, The Offspring) will be joining the band for an upcoming recording session in San Francisco. Check out tweets from the singer, below.

Oh, I forgot to mention who the rest of the band is for the session, it's…

So for at least the next week Against Me! is gonna be myself,@jimmyjames_b , @atomwillard and @fatmike_of_nofx . What?!?! FUCK IM EXCITED!

Willard has previously filled-in for the band on tour, following the departure of drummer Jay Weinberg late last year. Against Me! also saw the departure of longtime bassist Andrew Seward in May, several months after the band dropped off a planned tour with Bad Religion.

Despite recent shakeups, the group, now just Grace and guitarist James Bowman, have assured fans that they are committed to finishing their upcoming album, Transgender Dysphoria Blues. The record will mark Against Me!'s first release to be both produced and engineered by Laura Jane Grace. It will also be the band's first release since Grace publicly came out as transgender, and began living as a woman, in 2012.

Against Me! are slated to perform at Riot Fest, which takes place this September in Chicago.