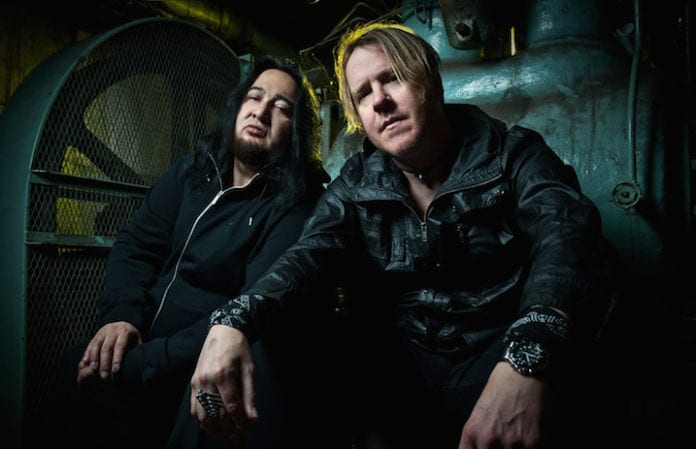 Have Fear Factory broken up? A former member apparently says the band have split, according to a report from Metal Insider.

On Sunday, ex-Fear Factory instrumentalist Christian Olde Wolbers reportedly posted a since-deleted eulogy for the band on his Instagram, which read, “RIP Fear Factory.” Evidently, he appended that post with the hashtag, #GrownAssMenThatCantWorkOutShit.

However, Wolbers hasn't been a member of the industrial metal band for eight years. (He played bass from 1993 to 2002, guitar until 2009.) Fear Factory's recent lineup includes the founding duo of vocalist Burton C. Bell and guitarist Dino Cazares, along with bassist Tony Campos and drummer Mike Heller.

On Monday, Cazares responded to a fan's tweet regarding Wolbers' alleged “rant.” The guitarist seemed unaware of the ex-member's now-deleted post, stating, “Not sure why your [sic] asking that and rant by who?”

Not sure why your asking that and rant by who ? https://t.co/zOq9qSgxEH

According to Theprp.com, the “classic” Fear Factory lineup of Bell, Cazares, Wolbers and drummer Raymond Herrera were rumored to be reuniting last year, though nothing ever came of the talk.

So far, Fear Factory have not issued any official statment on the matter.