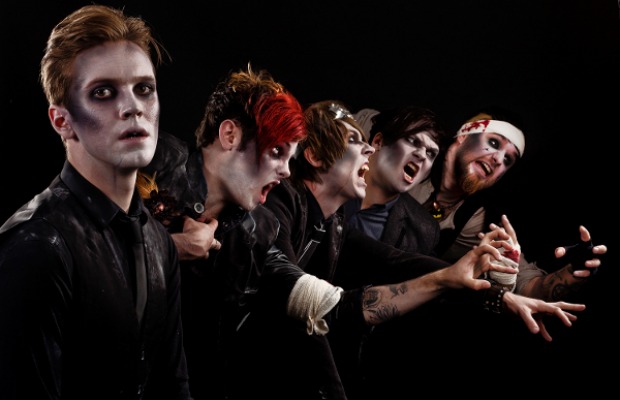 Fearless Vampire Killers (one of AP’s 100 bands you needed to know in 2013) will unite with Dead for the Cabin Fever Tour, a 9-date UK run beginning April 13 in Exeter through April 30 in London. Tickets are on sale now at the band’s official site. You can check out the full list of tour dates and locations below.

Last October, FVK released a music video for their latest single, “All Hallows Evil,” which was released in celebration for Halloween. The band spent time in the studio with William control (acting as producer) for the recording of their new album—AP recently sat down with the group for an interview.

For dates for Cabin Fever Tour below: