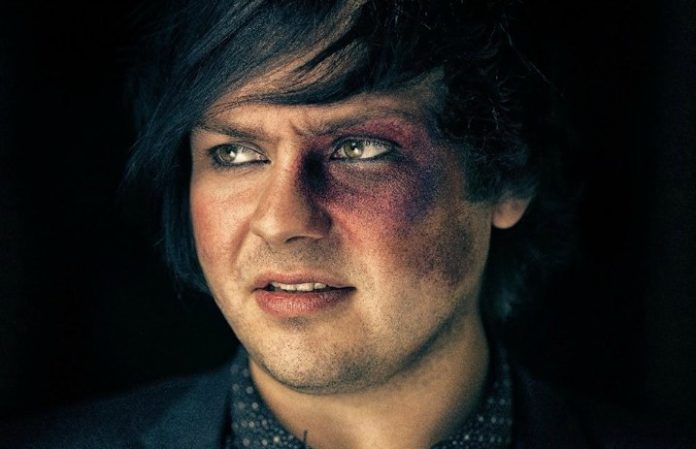 Fearless Vampire Killers co-vocalist Laurence Beveridge has announced that Unbreakable Hearts, the third book in his Codex Grandomina saga will be released December 30.

Unbreakable Hearts corresponds with the band's full-length album of the same name, further detailing the story of fictional city Grandomina—the setting of all the band's previous musical work, barring their new mini-album Bruises.

Beveridge has released two Grandomina novels to date—Ruple & Evelyn and Militia Of The Lost. Unbreakable Hearts, which directly follows Militia… , has previously been released via the band's own social network, Obsidian Bond, though the physical edition is said to have expanded chapters.

It's here! Unbreakable Hearts the book. It's made out of pulped wood! Can you believe that?https://t.co/nfP58xMwXT pic.twitter.com/JL0HVNpS3R

Book summary:
“'They say nothing to each other, the Cardinal failing even to meet the gaze of his bitterest enemy, and so Lorens listens as the rumble of war sounds in the distance [provide] an eerie accompaniment to their final confrontation.'

The Fearless Vampire Killers are in exile. After the Oldeside Blockade fails and the rots are let loose, Ottoton—the last safe haven of the Old Ruges—is all but destroyed. Though Lorens has ended the Heartataks’ reign of terror, the Cardinal has survived the Five’s assault on the ruins of the Palace. With their allies gone astray, The Fearless Vampire Killers have nowhere to hide. In their hurried search for refuge, The Five will uncover that which they least expect: answers, and a place they once called home…

Meanwhile, in the east, the brilliant starburst explosions above the wall intensify, and Lucifer’s Shroud is weakening.

Beyond the wall, in the ruins of the old world, the Imperator waits patiently for the end of days… Grandomina’s time is almost up.”