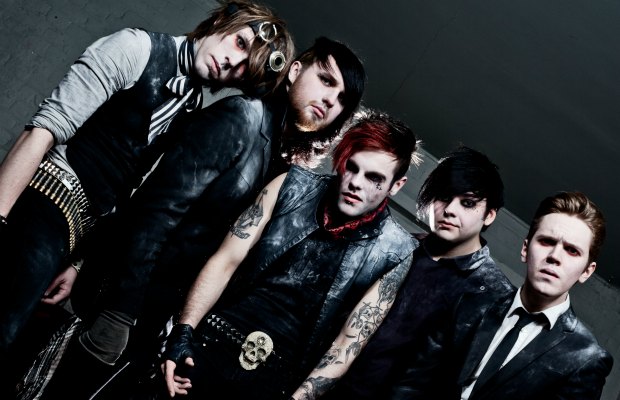 Fearless Vampire Killers, who are among our 100 Bands You Need To Know this year, have announced that they will enter the studio next month to record with William Control on board as producer.

“I only get involved in projects that I am truly excited about and I have to be inspired by the artist or band I'm working with,” says William. “My goal is to help Fearless Vampire Killers create an album that people care about, that people can relate with, and most importantly, that boys and girls across the globe can sing along to.”

This follow-up to their 2012 debut full-length album Militia of the Lost is set to continue the story set in their EP In Grandomina…, according to the band.

“This will be the second, more insane instalment,” says FVK frontman Kier Kemp. “It's going to be like Disney meets Coheed and Cambria!'

Check out the band's video for “Diamond Dust And Crimson Reign” from their latest release, a mini-album titled Exposition: The Five Before the Flames, below.