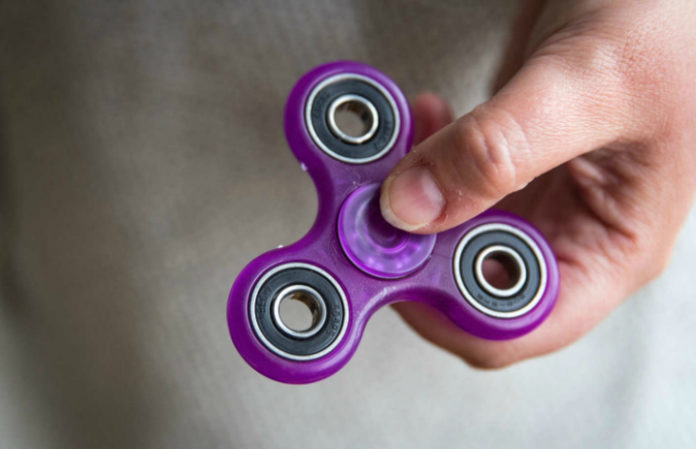 [Image credit: Science of Us]

Whether you love them or hate them, it's almost a guarantee that you've seen fidget spinners EVERYWHERE, but now the popular toy is back in the news for giving an Irish actress a concussion.

Check out how it exactly happened below!

Read more: 10 musicians who should head to Broadway

Ayoola Smart is a 22-year-old Irish actress who was soon to portray Serena the Mermaid in Futureproof during the Cork Midsummer Festival. Smart has also had roles in BBC’s Holby City and ITV’s Vera.

With opening night of the play only being a couple of weeks away, Smart decided to go to a shopping center in Cork where she ended up having a much more memorable experience than anyone could have imagined. Irish Examiner reports that while Smart was standing in line at a shop, “when a child standing nearby lost control of the gadget and she was struck behind one of her ears.”

This unfortunate accident gave the actress a concussion which not only is putting her out of Futureproof, but doctors are also advising the actress to rest for the next two weeks.

Spirits still seem to be high for Smart after she posted a picture of herself bed-ridden on Instagram, along with writing that she is “a firm believer in 'everything happens for a reason'” You can check out that entire post below.

LIFE has a funny way of happening to you. Today I very unwilling had to pull out of the play #Futureproof due to a freak accident involving a #fidgetspinner and a small child. I'm so sad that I can't be a part of this magical journey with a brilliant cast and team, but I'm a firm believer in 'everything happens for a reason' and though I'm struggling to understand what that reason is at the minute, I'm sure it will present itself in due time. I had the most wonderful time while it lasted and now I just have to focus on getting better. Thank you to the Everyman team, my director Tom, my fantastic cast- I know you'll all smash this show and to @variousfrivolities for providing me with this very apt t-shirt… #whenlifegivesyoulemons

Our best wishes go out to Ayoola Smart and we hope that she has a speedy recovery.

Have you seen anyone get injured by a fidget spinner? Let us know in the comments!