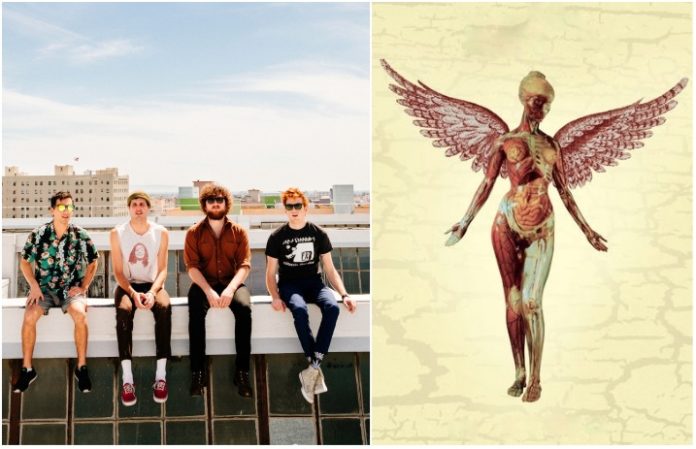 Los Angeles rockers FIDLAR are making a big noise in the new year with their strident cover of Nirvana's “Frances Farmer Will Have Her Revenge On Seattle.” Take a listen to the riveting and reverential cover song below.

As revealed Monday over at Stereogum, FIDLAR's new rendition of Nirvana's In Utero classic hews close to the original Kurt Cobain composition—delivering noisy guitars and effervescent feedback in massive doses—but brightens things up with some gang-vocal gaiety and lo-fi boogie.

FIDLAR are working on their third LP right now, following 2013's self-titled effort and its 2015 follow-up, Too. As frontman Zac Carper tells GQ, the band aren't forcing the upcoming album—they're just taking it as it comes:

“We don't have a fuckin' plan,” Carper says. “We just let things happen. We're not trying to write a record about something. Let it grow the way it grows. The more you force something to happen, the more… you gotta let shit roll on.”

And here's the original, just in case y'all forgot: