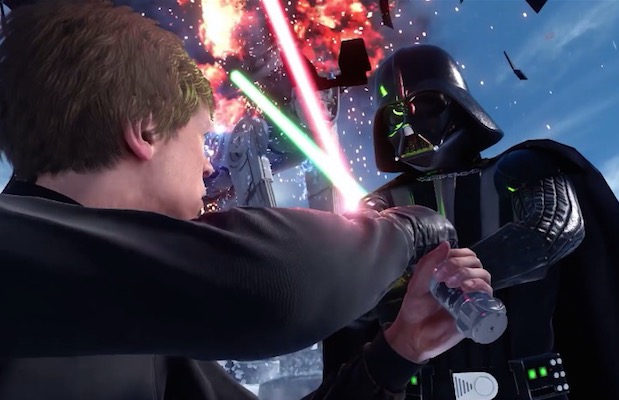 The hype machine has been heavy for EA's new reboot of the much-loved Star Wars Battlefront series, and with slightly disappointing details in max player size, vehicle restrictions and more, Star Wars Battlefront needed something new to stir the pot. With the first gameplay demo being released at EA's E3 press conference, fans were finally able to see what the game looks like in action, and now you can too.

In a five minute demo showcased by EA, fans watch as the Rebels fight on the famous setting of the planet Hoth, as the Imperials make their way against the Rebel frontlines. Switching between both Rebel and Imperial sides, fans watch as the battle wages onwards from both sides. Since it's Hoth, there is an AT-AT takedown, satellite disruptions and a surprise appearance of Lord Vader himself. (Seriously, make sure you make it to the end, it's totally worth it.) You can watch the “Walker Assault” demo below.

Stars Wars Battlefront will be released on November 17, 2015.