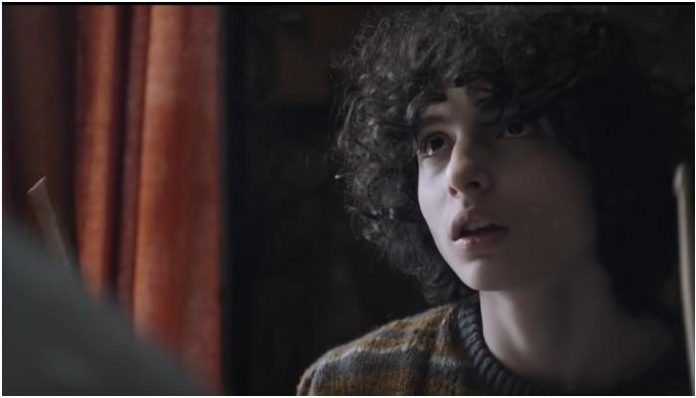 Finn Wolfhard (Stranger Things) has returned with new band, the Aubreys only a few weeks after his previous band Calpurnia broke up.

The actor was previously the lead vocalist for disbanded Calpurnia. In an Instagram post, the group cited other projects and endeavors as the need for the their breakup. They posted a photo of themselves together and took a moment to thank fans for their support.

“It’s bittersweet to share this news, but we want to let you know that our time playing together as Calpurnia has come to an end,” the caption reads. “We are extremely grateful for the support we’ve received over the past few years. What seemed to us like an unimaginable reality came to be, and we have been thrilled to share the ride with you.”

Dear Friends, It’s bittersweet to share this news, but we want to let you know that our time playing together as Calpurnia has come to an end. We are extremely grateful for the support we’ve received over the past few years. What seemed to us like an unimaginable reality came to be, and we have been thrilled to share the ride with you. It’s been an honour and a gift to meet, work with, and play for so many wonderful people. We feel lucky and hugely grateful for the many fantastic opportunities that came our way. We’re all going to be starting fresh chapters in our lives: new projects, new music, new creative ventures, and new experiences to come. One last giant thank you to our friends at Royal Mountain Records, our manager Bix, our families, and especially our amazing fans. We’ll never forget you! -Calpurnia (📸 @mennovers)

According to Stereogum, Wolfhard is back with a new band called the Aubreys.

No other details have been released about the group, except that they will be featured in the upcoming soundtrack for a new movie starring Wolfhard, The Turning.

The album will also feature works from artists such as Mitski, Soccer Mommy, Kali Uchi and more.

The soundtrack will be released Jan. 24 and is available for preorder here, tracklisting is below.

More on Finn Wolfhard and The Turning

Wolfhard is acting alongside Mackenzie Davis (Black Mirror) in The Turning. The film is an adaptation of Henry James’s novella The Turn of the Screw.

The plot revolves around a young woman, hired as the nanny of two orphans, who is convinced that the country mansion they live in is haunted. Wolfhard is set to play one of the orphans.

The film is directed by Floria Sigismondi and produced Scott Bernstein and Roy Lee.

Check out the official trailer for the movie below.

What do you think of Finn Wolfhard starting a new band? Let us know in the comments below!