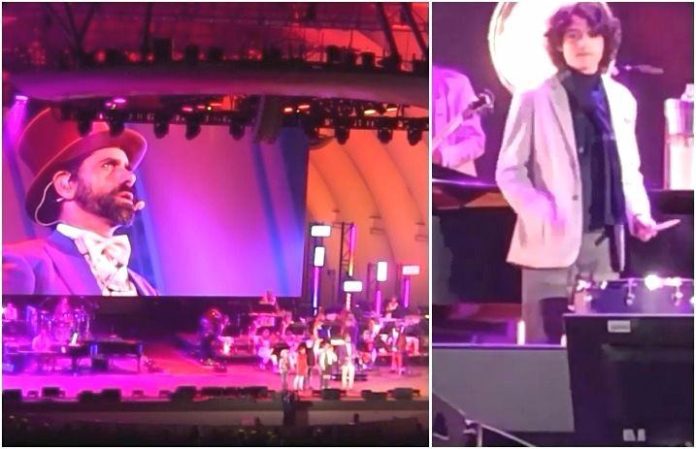 Earlier this year, we found out that Finn Wolfhard—you know, from Stranger Things and IT—was set to star as Charlie Bucket alongside John Stamos as Willy Wonka and Weird Al Yankovic as an Oompa Loompa in a live musical production of Willy Wonka And The Chocolate Factory.

Well, the iconic show took place this weekend, and it was clearly phenomenal.

The “Live to Film Celebration” was backed by a full orchestra, and as concert director Richard Kraft said at the show’s announcement, “we are mixing in film, live music, singers, dancers, effects and special guest artists to create an event that pays homage to the original movie but also delivers something that could only be experienced live.”

And this truly seems to be an unbelievably amazing live experience. Watch some live clips from the performance below!

Clearly, we just wish we could have been there. John Stamos as Willy Wonka? What a DREAM.

Wish you could’ve seen these performances live, too? Let us know in the comments below!