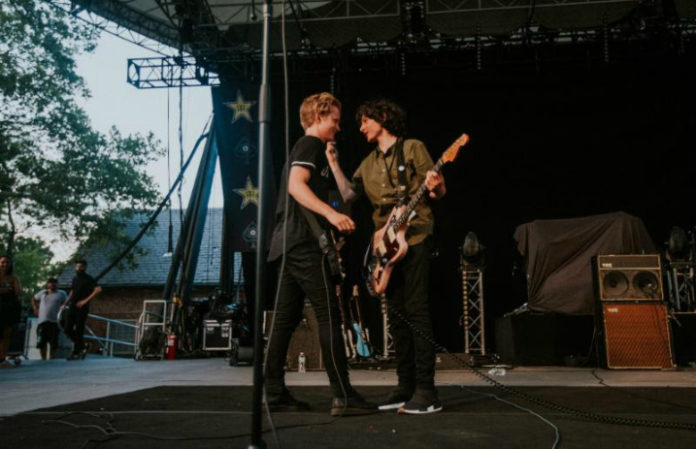 SWMRS are the coolest punks around, and their set got even cooler tonight in NYC when Stranger Things' Finn Wolfhard joined the band onstage for an epic performance.

SWMRS are currently on The Last Young Renegades tour with All Time Low, and this star-studded performance is one of coolest things we've seen on the tour so far this summer.

Wolfhard joins the band onstage for an epic guitar performance during the band's song “Drive North,” the title track off their 2016 album.

Watch him nail the song below!

This isn't the first time a Stranger Things castmember has joined our favorite bands on stage, though. Noah Schnapp joined Panic! At The Disco onstage back in March for “LA Devotee,” which he happened to star in the music video for as well.

We're living for these Stranger Things concert appearances, and we can't wait to see who they crash next.

What are your thoughts on Wolfhard's “Drive North” performance? Let us know in the comments below!