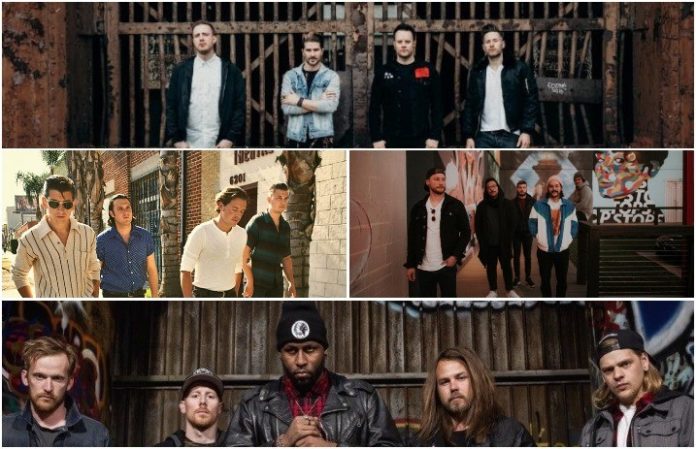 Watch new music videos from Fire From The Gods and Story Of The Year—plus, don’t miss Arctic Monkeys on tour. Check out the news you might have missed today below!

Read more: The Wonder Years are teasing something, and fans are freaking out

1. Fire From The Gods premiered a new music video

Fire From The Gods premiered their music video for “Evolve,” directed by the band’s own vocalist. If you like what you hear, you can catch them on road with Of Mice & Men. Get your tickets here!

2. Story Of The Year premiered a new music video

“Praying For Rain” is taken from the band’s recently released album, Wolves.

3. Hungover announced a re-release of their Wilt EP

Here’s a video of us in the studio featuring a teaser of a new track!

It looks like 2018 is starting off pretty good for Orlando’s Hungover. Today, the band announced their signing to Smartpunk Records and the re-release of their 2016 Wilt EP, featuring three new songs, out March 30. Be sure to check these guys out when they head out on their upcoming tour with Above It All.

Arctic Monkeys have started to add summer shows to their calendars with the announcement of a bunch of European tour dates, and we couldn’t be more excited. The band last took to the stage in 2014, where they did a run in support of their fifth album, AM. Check out cities and dates here!