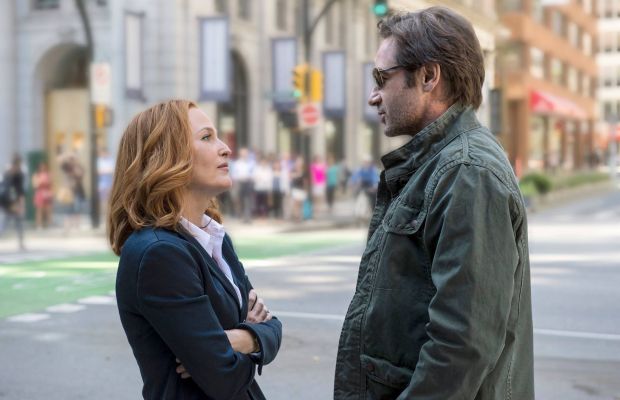 The new season of The X-Files is set to premiere on January 26, 2016 on FOX, but attendees at this year's New York Comic Con will get the immense honor of an advanced screening of the revival's first episode, titled “My Struggle.” With NYCC taking place October 8-11, fans of the cult classic sci-fi TV show, which first aired in 1993, have the opportunity to see Mulder and Scully reunited a whole three months before the rest of the world.

Read more: New promo for The X-Files features first footage from new season to air in 2016

Following the screening of “My Struggle,” NYCC is set to host a Q&A with star David Duchovny and The X-Files creator Chris Carter. The panel will be moderated by X-Files superfan Kumail Nanjiani, a comedian who stars on HBO's Silicon Valley. Nanjiani hosts an excellent podcast called The X-Files Files where he discusses nearly every episode of the long-running series with a variety of guests and fellow fans. Due to the podcast's growing popularity and some connections in the industry, Nanjiani was invited to play a part in an episode of the show's new, upcoming season. What a dream, right?

The premiere episode screening and panel are set to take place on Saturday, October 10 at the Javits Center in Manhattan.