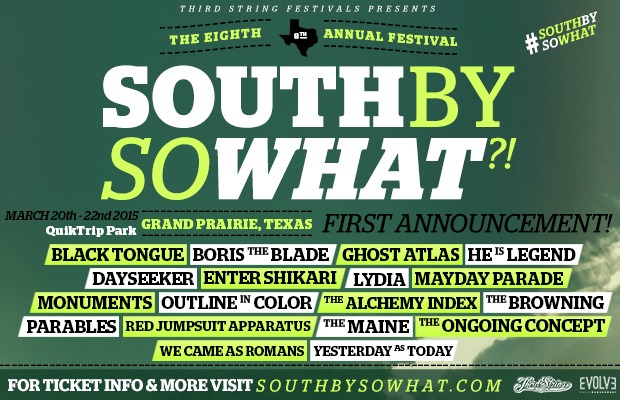 The first batch of bands have been revealed for the eighth annual South By So What?! Music Festival, which will be held at QuikTrip Park in Grand Prairie, Texas, from March 20 to March 22 of 2015. You can check out the first group of bands announced below. Let us know your thoughts.

The festival will feature over 100 bands in total, with more being announce in the coming months. Tickets are on sale here.