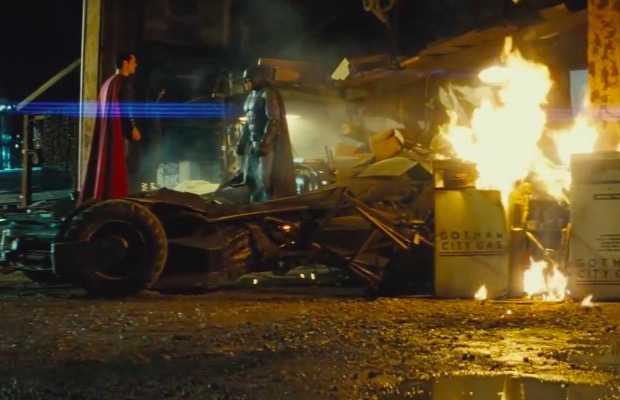 The first official trailer for Batman v Superman: Dawn Of Justice, which was showcased at the San Diego Comic-Con, has hit the web. The film, appearing in theaters March 26, 2016, will star Ben Affleck (Batman), Henry Cavill (Superman), Jesse Eisenberg as Lex Luthor, Gal Gadot as Wonder Woman, Amy Adams as Lois Lane, Jeremy Irons as Alfred Pennyworth and Laurence Fishburne as Perry White. Watch below as your favorite heroes are pitted against each other.

Read more: Zack Snyder speaks on why Batman wants to fight Superman in Dawn Of Justice