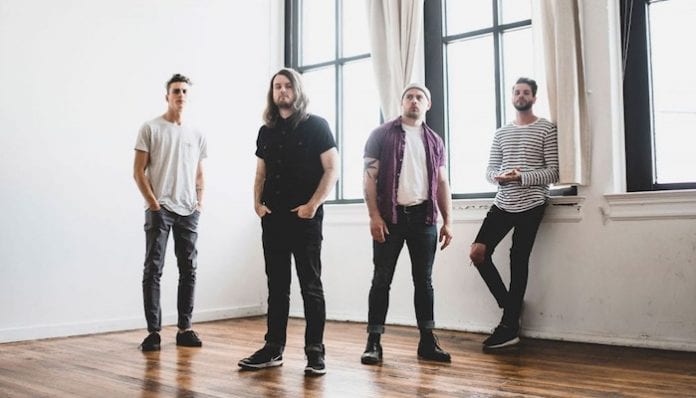 Fit For A King guitarist and backing vocalist Bobby Lynge has announced he’s stepping down from the Texas-based metalcore band in a Facebook post. The group’s fifth album, Dark Skies, came out on Solid State Records last month.

And while the band are currently on the road with the Devil Wears Prada and ’68, it appears that Lynge will no longer be performing with the group on tour. Still, in his statement, he salutes his fellow Fit For A King members.

“These three gentlemen mean more [to] me than they’ll ever know,” he says of his bandmates. “I regret not telling them how important they were to me and how much I needed them in my life when we were on the road together.”

Lynge, who joined Fit For A King in 2010, says he’ll still be involved in the writing process for the band’s next album. The guitarist performed on all five FFAK studio albums, beginning with their debut, Descendants, released in 2011.

But Lynge will now be turning his focus to a new business he started with his wife. “Maybe you’ll catch me out on the road with the guys in the future,” he adds. “But for now, I’m selling plants with my hot ass wife.” Read the statement below:

Fit For A King tour dates

Watch more: As It Is on the music they can’t stand anymore