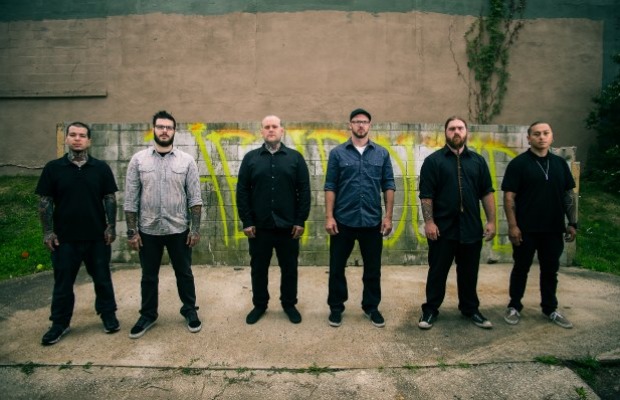 Fit For An Autopsy are gearing up for their release of Absolute Hope, Absolute Hell LP on October 2. To continue the hype among their fans, the group have unveiled a stomach-churning teaser and explained details of the album. The teaser can be watched below.

Guitarist and producer Will Putney explains of the album: “It's our new and fresh approach to aggressive music, not a half-hour of blast beats and breakdowns.”

The band decided that with this release, they would dig deeper to create an album that stood apart from the rest in the music scene.

“After listening to more music, and expanding our palette, we realized we are capable of making a more interesting metal record. We saw lots of bands doing the same thing over and over. We thought, 'We can expand on all of this in a way that is unique to us,' so we approached the new album with that mentality, to break the mold of what we saw and heard, and to go outside of the limits of our genre,” said Putney.

Guitarist Pat Sheridan agreed, stating “Absolute Hope, Absolute Hell is a much more personal journey into what the band sees going on in the world. Musically I have always been happy about our growth and this record is no different. Lyrically this record is very new for us. It's about personal relationships gone to hell and how dark and hateful it can make you. It's about watching the people who say they love you destroy you, it's about the depressed state of our world because we treat each other like shit. It's sad and dark, and even the music paints the picture before the lyrics can show you what the song is about. It's something everyone can understand and tie into. Musically we have taken some huge steps reaching into different genres, writing with the record in mind and not just the song. This is the best work we have ever done.”