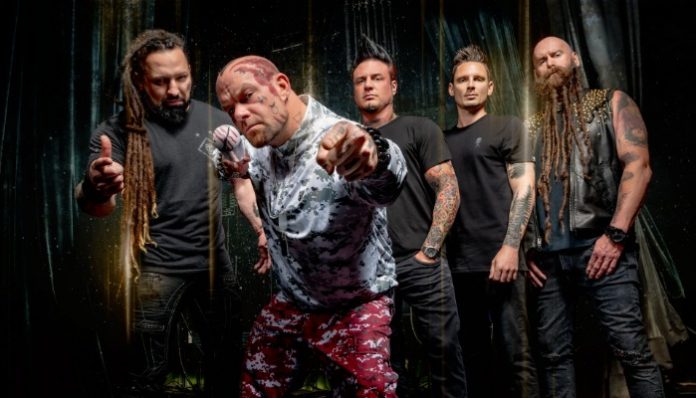 Five Finger Death Punch have shared a teaser of the first new single from their highly-anticipated upcoming album.

Back in July, when the band announced their U.S. tour with Three Days Grace , vocalist Ivan Moody let fans know that new music was coming next year.

However, in that teaser, he said the band has no set release dates for the songs from their eighth album.

“It’s absolutely open-ended,” he said. “I don’t want any fucking endgame on it, there’s no end line to it. I really want this to be ready when it’s ready. I’d love to have it out by the beginning of 2020. That’s my goal, personally.”You can watch the full interview below.

Even though at the time they had no idea when they’d drop their first single, it looks like it’s coming soon as the band just shared a 30-second teaser clip of a track called “Inside Out.”

They previewed the track in a promo video for their 2020 tour with Megadeth and Bad Wolves. The track starts off intense and leads into a powerful chorus that we already love. You can see the video and listen to it below.

As previously mentioned, Five Finger Death Punch are hitting the road this fall. Check out the full list of dates below.

What do you think of the Five Finger Death Punch teaser? Sound off in the comments down below!